The murder of the wife by a patient discharged for an experiment, in 1968, was the excuse the provincial Administration needed to remove a director who had never been truly accepted.

Basaglia’s “entourage” tried to resist until 1972, when, in complete disagreement with the provincial Administration, they resigned en masse.

in 1978, when with Basaglia’s Law the asylums ceased to exist, in Gorizia that reactionary atmosphere of refusal, created in 1972, was still the same. Only the nurses trained in the Sixties tried to keep Basaglia’s dream alive but, as Alessandra tells us, perhaps there were too many obstacles. 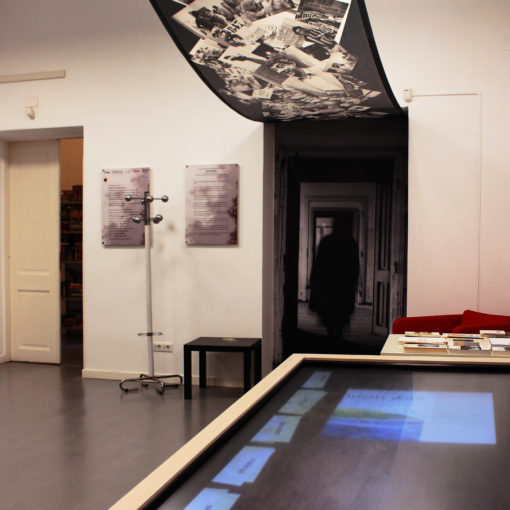 Oltre il Giardino – “Beyond the Garden” is a multimedia exhibition, composed by a digital archive and three touchscreen panels. These allow […]

Let’s see how work changed from being a treatment, thus not needing a salary, to an activity  that gave a decent income.