The study visits and the workshops take place inside San Giovanni Cultural Park, in the former Psychiatric Hospital area. Once a closed, fenced off place, with 2 huge gates, one standing in the northern extremity and the other in the south end of the park, it was always over-controlled and people could go in only with a written authorization. The only escape way was by grace received. The hospital was inaugurated in 1908 and hosted a huge number of people, who lost their identity the moment they came in. After the revolution of the seventies, a new phase began and nothing was the same as before, not only in Triest. The gates and the facilities doors opened, and the city could get inside the Park. The wards were closed and the interned started to live in the city again. The area of the Park has become a Cultural Park, open to everyone.  Now it is the workplace of many social firms, it has a theatre, some coffee bars, a restaurant, several Health services, some University courses, offices of the Municipality, several radios, cultural associations, and it is also a Vet training workplace. One of the most beautiful rose gardens of Europe was created in 2009, along with several botanical gardens. In summer summer camps, a big cultural festival (Lunatico Festival) and other international events and meetings take place there. 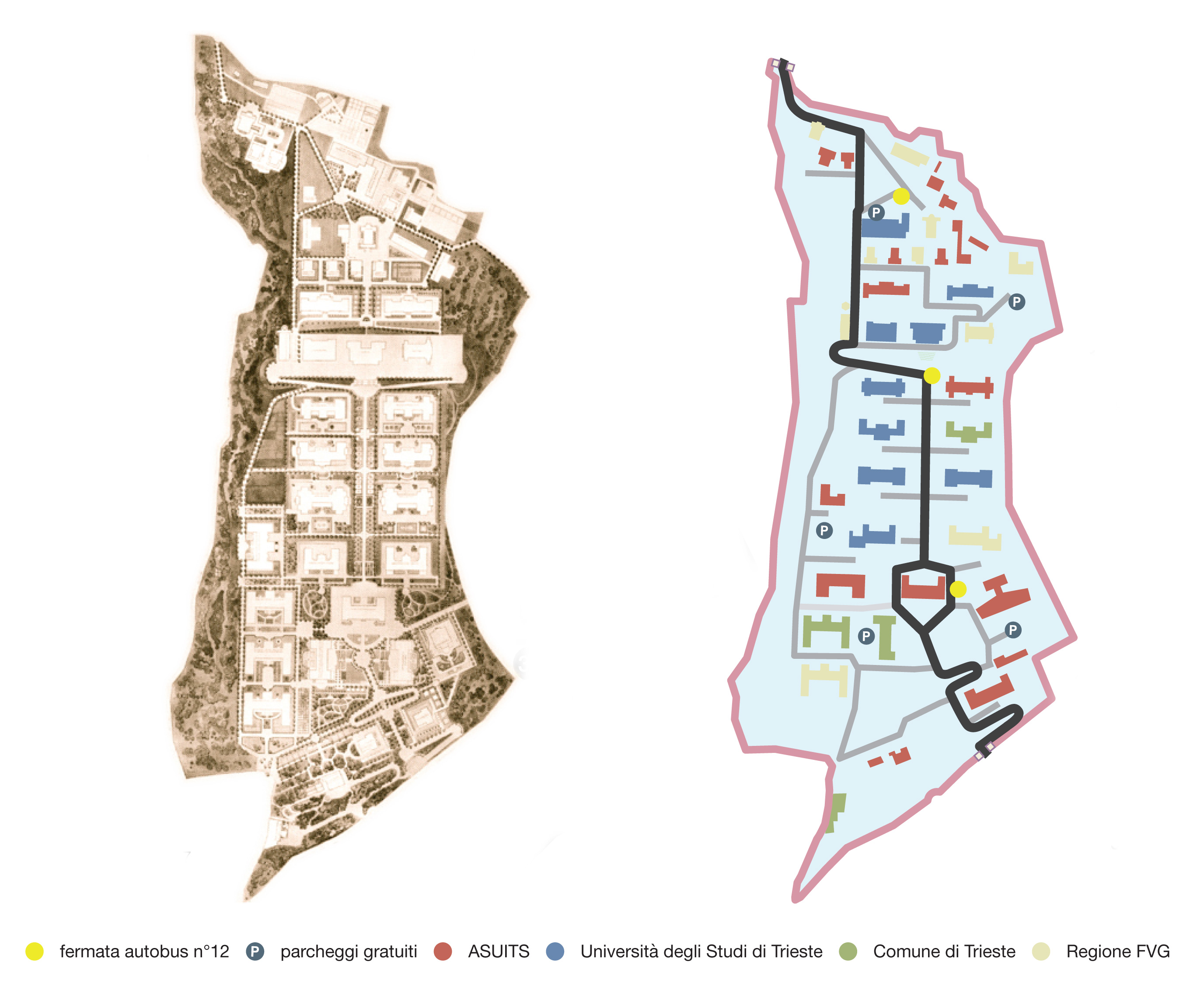 Beyond the Garden: multimedia exhibiton

Oltre il Giardino – “Beyond the Garden” is a multimedia exhibition, composed by a server and three client touchscreen panels that allow visitors to pinch, touch and swipe more than 5000 photos, videos and documents about Basaglia Revolution.

It is divided into three sections: 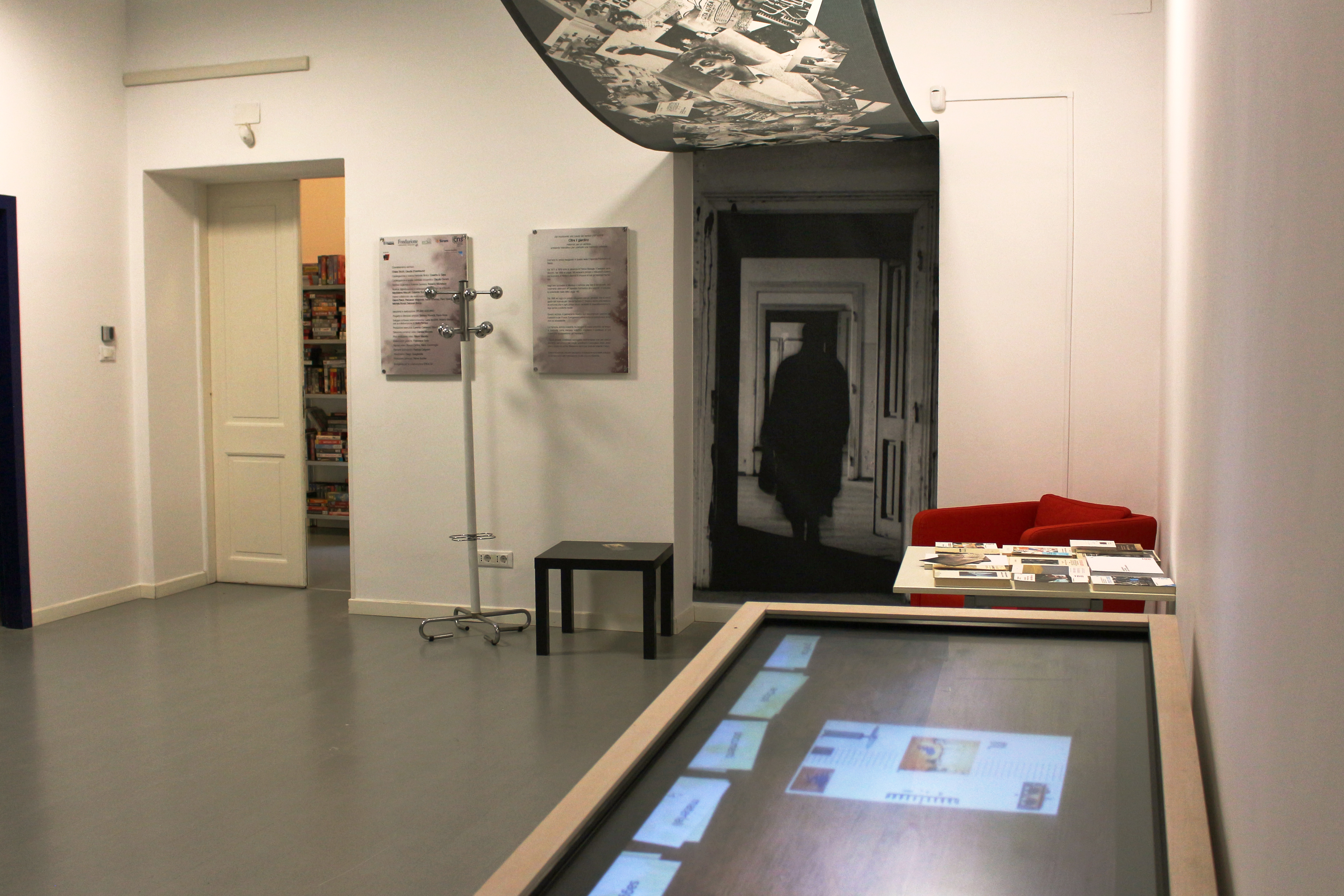 The former Psychiatric Hospital of Gorizia has now become the current “Basaglia Park”. Its history began in 1911 when a first psychiatric hospital was built. In 1916 it was destroyed under a bombing attack. The inauguration of a new Psychiatric Hospital was postponed until 1933. The revolutionary work of Franco Basaglia began here, in 1962, and it totally changed the psychiatric perspective. In 1978 the hospital stopped to intern people, and, for several years, remained abandoned and neglected, with discontinuous attempts of improvements.

Nowadays the Park, with no changes in its original 1933 planimetry, is showing all the signs of its past history:

Abandoned buildings reminding of the people interned there, renovated structures (with different grades of architectonical accuracy) that now are the workplace of the Mental Health Services (Ass2), and of several social cooperatives and the Vet Training Centres.

But the main part is the Park itself, a nice green area surrounded by different facilities.

Even if the original plan has been lost, the Park still keeps an ancient charm and its centenary trees have grown up wildly. Visitors can explore the park, diving into its past and imagining a future that only now can be written: the entire park is starting a process of urban renewal, involving different stakeholders with the mission of a cultural and historical re-evaluation. 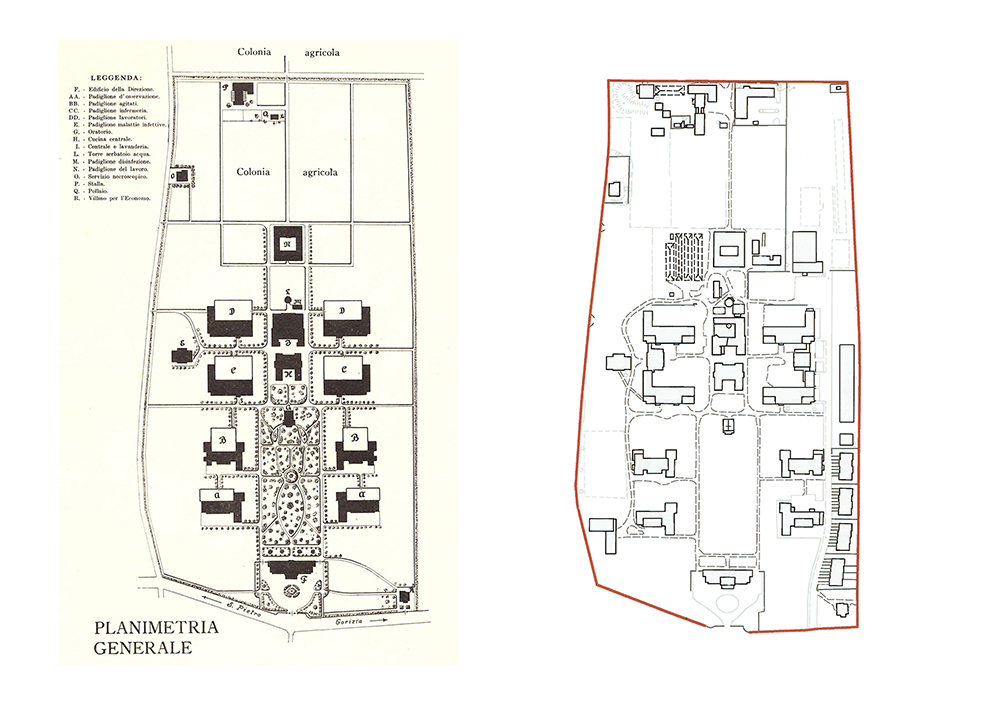